Huntington is located in western West Virginia. It is the county seat of Cabell County and also stretches into Wayne County.

It is both a vibrant, energetic city and a place where heritage comes alive. Sitting on the Ohio River at the point where West Virginia, Ohio and Kentucky meet, Huntington is part of the largest inland port in the United States.

In its early days, the city was a thriving port with steam river boats churning by daily. Steam boats shipped lumber and coal to fuel the growth of the railroad extension to the west. This growth was made possible by the city’s namesake and founder, Collis P. Huntington, an infamous railroad magnate. 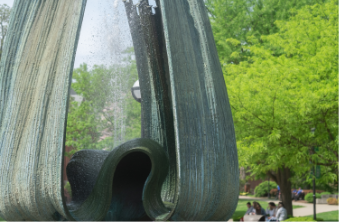 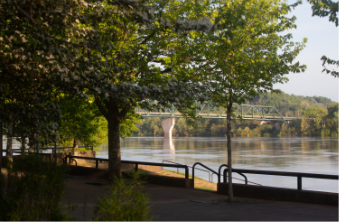 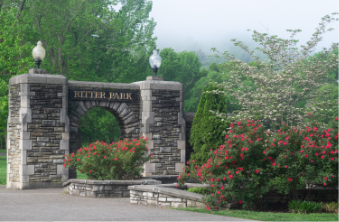 As of the 2020 Census, Huntington's population was 46,842. It is the second largest city in the state. However, it is the hub of the Huntington-Ashland-Ironton metropolitan area, which spans seven counties and three states and has a population of 365,419.

The city is home to Marshall University, one of the largest employers in town and a major contributor to the heart and soul of the community. On Nov. 14, 1970, a chartered jet carrying 75 Marshall football players, coaches, staff and supporters crashed just short of Tri-State Airport as it returned home from a game in North Carolina. Everyone on board was killed.

A movie titled “We Are Marshall,” starring Matthew McConaughey and Matthew Fox, was released nationally in 2006 and depicts the aftermath of the tragedy for the university and community.

The growth of Huntington and its economy through the 1970s was originally based on steel processing, shipping, manufacturing and transportation. Huntington has since shifted to health care, finance, retail, education, service and tourism industries.

Area retail is anchored by the Huntington Mall, the largest mall in West Virginia, and a healthy downtown retail sector including many boutique shops along 3rd and 4th avenues.

The downtown area is once again a draw for shopping, dining and entertainment, including Pullman Square, a modern town square. The streets are alive with people walking from venue to venue or taking advantage of a newly-created bike path. Year-round, a variety of festivals and special events draw crowds to Pullman Square, the Mountain Health Arena and the historic Keith-Albee Performing Arts Center.

The newest area of development in Huntington is KineticPark, a premier technology park on W.Va. 10 near the Interstate 64 interchange. The flagship of the development is Amazon's 70,000 square-foot customer service center.

Huntington also is known for its expansive park system, the gem of which is Ritter Park. The park, which features a walking path, award-winning playground, tennis courts, amphitheater and PetSafe Dog Park, was recognized by the American Planning Association in 2012 as one America’s 10 Great Public Spaces. Since 1934, the park’s Rose Garden has been West Virginia's nationally-recognized municipal rose garden, containing 1,000 plants and noted for its All-American Rose Selections.

In the hills above Ritter Park is the Huntington Museum of Art. It is the largest art museum between Cincinnati, Pittsburgh and Richmond and contains numerous collections, exhibitions, education programs and nature trails on a sprawling, 52-acre campus. The grounds also are home to the C. Fred Edwards Conservatory, West Virginia’s only plant conservatory